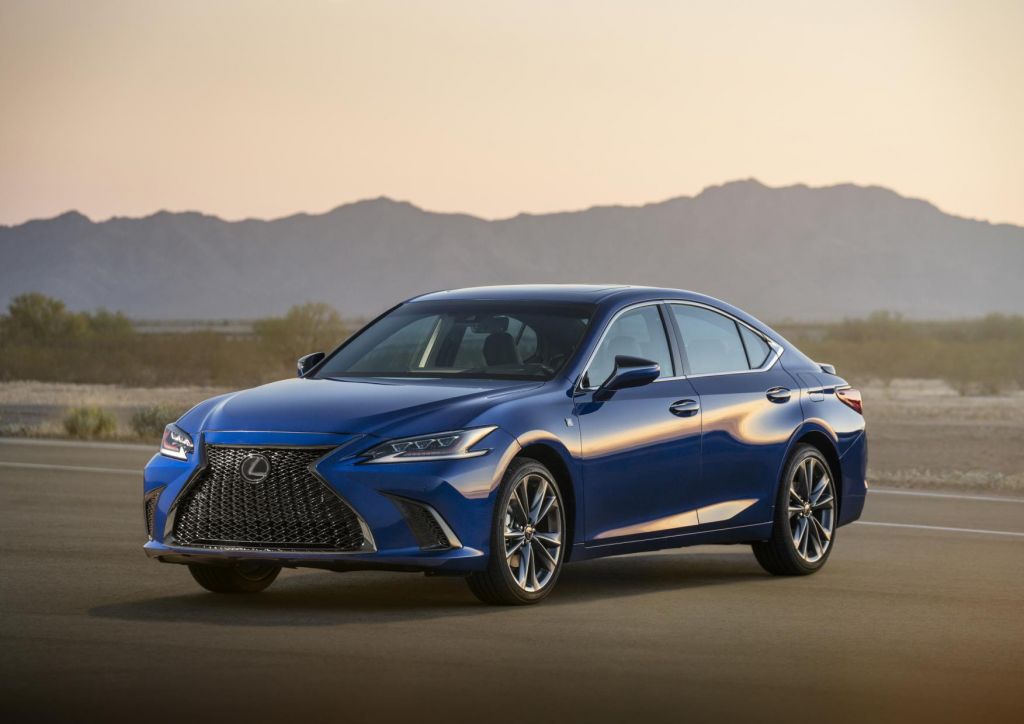 After six generations of unprecedented success in the entry-luxury sedan category, the next-generation Lexus ES is forging a new, more ambitious path. Long known for its unparalleled comfort, refinement and luxury appointments, the seventh-generation ES builds on its strengths with an all-new chassis that allows for a more dynamic exterior design and the introduction of the first ES F SPORT.

Representing the third vehicle in the Future Chapter of Lexus that started with the LC coupe and LS sedan, the new ES expands that vision of the brand’s future to a broader audience. Traditional buyers will find the new ES more spacious, quieter and safer than ever before while a new generation of customers will be introduced to a sedan with sharpened performance, class-leading active safety technology and a level of craftsmanship rarely found in this segment.

The New Dimension of ES Design
Built on the all-new Global Architecture – K (GA-K) platform, the new ES pushes the limits of design in the luxury sedan class. This ES is longer (+2.6 in), lower (-.2 in) and wider (+1.8 in.) than before with wheels that have been pushed closer to the corners thanks to a two-inch longer wheelbase and wider tracks front (+.4 in) and rear (+1.5 in). Its stance and proportions reflect its newfound performance capabilities and give the ES the kind of eye-catching appearance that will make owners take a second look as they walk away.

“The ES has always been an elegant luxury sedan. For this generation, we have added daring design elements that challenge the traditional expectations of buyers.”

To create a dynamic yet fluid shape, Kaijino’s team used the low hood enabled by the new ES platform to produce a distinctive silhouette emphasized by an aggressive downward slant. Up front, the ES offers two dramatically different grille designs. The standard ES 350 and the ES 300h use elegant vertical bars that radiate out from the center while the ES 350 F SPORT model adopts a blacked out pattern consisting of “L”-shaped clusters with corresponding cut outs at each corner of the fascia. In a break with ES models of the past, the seventh-generation design uses a fast roofline that emphasizes its lower stance and slippery aerodynamics. The rear end is clean and sharply chiseled, with LED taillamps that wrap around the quarter panels to provide a continuous styling line from any angle. F SPORT models add a rear spoiler, additional rear badging and a dark lower valance to further refine the look. There are three different wheel designs (standard 17-inch, two 18-inch) for the ES 350 and ES 300h while the ES 350 F SPORT gets standard 19-inch wheels with a design similar to that found on the LC coupe.

A dozen colors make up the exterior paint palette including two new shades, one green and one beige, that are anything but typical. Moonbeam Beige Metallic was designed to mimic light reflecting off fresh snow, while Sunlit Green replicates the color of ocean water brightened by the sun. F SPORT models get an exclusive Ultra Sonic Blue Mica 2.0 color that complements its high-energy design.

The Future of Lexus Interiors
When designing the look and feel of the ES’s interior, Kajino’s team started with the Lexus Future Interior concept which blends a driver-centric cockpit with a spacious and comfortable area for the front passenger. In the ES, the driver’s focus is kept on the road ahead by placing the center display screen, instrument panel and available heads up display in a tight cluster in the driver’s field of view. Front passengers, on the other hand, get a more open and spacious environment that promotes relaxation.

Rear seat passenger comfort has long been a hallmark of the ES and the seventh-generation model still prioritizes rear package capability despite the sleeker exterior roofline. A lower hip point and a carefully configured headliner preserve headroom while the longer wheelbase delivers generous legroom.

To create an entirely different appearance for the inside of new F SPORT model, an all-new kind of metallic cabin trim was developed that is unlike anything else Lexus has done before. Inspired by the making of a traditional Japanese sword, Hadori aluminum trim features fluctuating wave patterns that give it a three-dimensional appearance that varies depending on the viewing angle. The effect is subtle yet indicative of the level of detail and craftsmanship that Kajino’s team put into giving the F SPORT a unique place in the lineup. The standard ES 350 and ES 300h will continue to offer traditional materials like Matte Bamboo, Linear Dark Mocha and Linear Espresso wood which give the ES a hand-crafted appearance that luxury buyers expect in this category.

A New Era of Performance
The engineering team led by Yasuhiro Sakakibara had one clear goal when it came to the ES: transform the image of the ES. That meant turning a sedan known primarily for comfort and quietness into one that is equally capable of delivering class-leading handling and power that you can feel and hear.

According to Sakakibara, this ES was built to deliver a fundamentally higher level of performance than any of its predecessors. “We knew that this ES had to feel responsive and easy to drive, no matter what kind of road it was on and that can only be achieved with a solid foundation.”

The starting point was the newly developed GA-K chassis. It’s an exceptionally rigid front-wheel drive chassis, rivalling the GA-L rear-wheel drive platform used for the LC coupe and LS sedan in terms of torsional stiffness. Various grades of high-tensile steel reduce weight versus previous platforms while additional enhancements like an all-new multi-link rear suspension design, rack-mounted electric power steering and a V-brace mounted behind the rear seat gave the engineers the flexibility to tune the ES with a newfound level of precision.

All of the upgrades to the chassis were designed to deliver a sense of comforting predictability coupled with a feeling of quick response to every movement. Yoshiaki Ito, chief test driver for Lexus, describes the ES’s heightened level and refined definition of comfort by saying: “We want every kind of driver to feel a sense of complete control when they are behind the wheel of the ES. It’s a level of comfort that goes beyond merely delivering a smooth ride.”

For an enhanced level of dynamic performance, F SPORT models offer an Adaptive Variable Suspension (AVS) similar to that found on the LC coupe. AVS adds adjustable dampers at each corner that feature 650 levels of damping force for the ultimate in control over any surface.  Another F SPORT exclusive is a Sport+ mode for the Drive Mode Select system that selects the most aggressive engine, transmission and suspension settings for maximum performance. A new Engine Sound Enhancement feature is also activated in Sport+ mode that adds an additional layer of engine noise that enhances the natural rhythms of the spirited driving.

Standard V6 Power and a New 8-Speed Direct-Shift Automatic Transmission
All ES 350s are powered by a 3.5-liter V6 that is designed to deliver commanding acceleration along with an invigorating sound. With an update to D4-S fuel injection, the impressively smooth engine now develops 302 horsepower and 267 pound-feet of torque. Both of those numbers are up significantly (+34 hp, +19 lb-ft) compared to the previous generation V6.

In addition to the boost in power, the ES 350 also benefits from a new eight-speed Direct Shift automatic transmission. It uses an ultra-thin torque converter and a multi-plate lock up clutch to more efficiently transfer power to the front wheels, and has been tuned to deliver crisp, precisely timed shifts with quick responses. With a wider spread of ratios, the new eight speed is able to utilize high torque gears on the low end for quick starts and tall gearing on the high end for optimum efficiency.

An all-new engine, the 2.5-liter four-cylinder incorporates fast-burn combustion technology that makes it one of the most thermally efficient engines ever offered in a Lexus. The result is more power without increasing emissions or fuel consumption. Various methods were used to achieve such impressive results including straight intake ports, increased valve angles and laser-clad valve seats. A variable capacity oil pump, multihole injectors, VVTi-E on the intake valves and a variable cooling system also contribute to the engine’s impressive heat and combustion management.

Overall drivability of the ES 300h has been improved thanks to a more sophisticated hybrid system control computer that is better able to mimic the feel and power delivery of a standard gas engine. An all-new nickel metal hydride battery is smaller than before which allows it to be mounted underneath the back seat so it doesn’t infringe on trunk space.

Unparalleled Safety Comes Standard
One element of the ES that hasn’t been radically transformed is its dedication to safety. All versions of the seventh-generation ES feature the new Lexus Safety System+ 2.0 as standard equipment. Already one of the most sophisticated systems of its kind, LSS+ 2.0 adds new features that further expand its capabilities.

One such feature is daytime bicyclist detection which is part of the comprehensive Pre-Collision System (PCS). Already designed to detect an oncoming vehicle or pedestrian, the PCS system’s ability to potentially detect a bicyclist addresses a common accident scenario. PCS has also been enhanced to help better detect a pedestrian at night by increasing the radar’s sensitivity and dynamic range.

Technology That Connects and Simplifies
Staying connected has never been so important to ES owners, so there are now multiple ways to engage with technology in a safe and convenient manner. For example, the seventh-generation ES is the first Lexus product to offer Apple CarPlay™ phone functionality, enabling drivers to control their iPhones® through the dashboard display screen or with Siri Eyes Free® voice control.

The ES is also Amazon Alexa®-enabled, so drivers can use natural language commands to control a variety of functions. That functionality includes car-to-home and home-to-car commands, so owners who have Alexa enabled devices in their home can interact with their ES before they ever get behind the wheel.

On board Wi-fi powered by Verizon is also available on the ES as part of an optional navigation system that includes an easy-to-read 12.3-inch wide dashboard display. Along with its on-board data set, the navigation system is also capable of receiving over-the-air updates for improved routing and the latest Points of Interest (POIs).  Models without navigation will use an 8-inch display and all interactions will be controlled through the Remote Touch Interface (RTI) trackpad.

The Next Chapter of ES
When it goes on sale in September, the 2019 Lexus ES will usher in a new era for one of the brand’s most popular models. Much like the flagship LS, the new ES sedan addresses the need to engage a broader range of customers. It delivers everything that traditional Lexus buyers expect along with elements that will draw in those who haven’t considered the brand before. Bolder styling, more dynamic performance, unique cabin materials and the latest technology add a chapter to the ES story that hasn’t been told, but that all changes in 2018.

Lexus’ passion for brave design, imaginative technology, and exhilarating performance enables the luxury lifestyle brand to create amazing experiences for its customers. Lexus began its journey in 1989 with two luxury sedans and a commitment to pursue perfection. Since then, Lexus has developed its lineup to meet the needs of global luxury customers in more than 90 countries. In the United States, Lexus vehicles are sold through 240 dealers offering a full lineup of luxury vehicles. With six models incorporating Lexus Hybrid Drive, Lexus is the luxury hybrid leader. Lexus also offers six F SPORT models and two F performance models. Lexus is committed to being a visionary brand that anticipates the future for luxury customers. 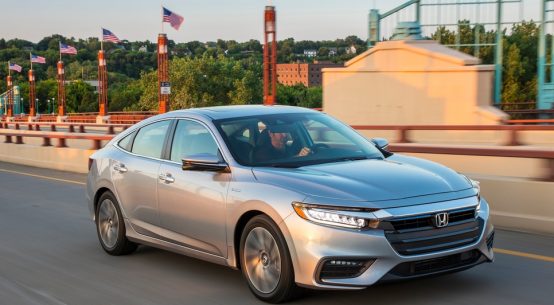 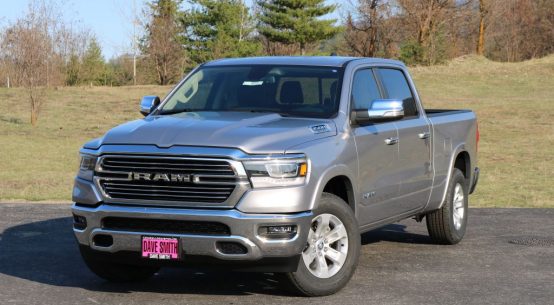 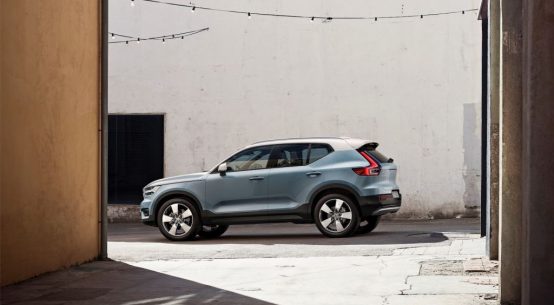 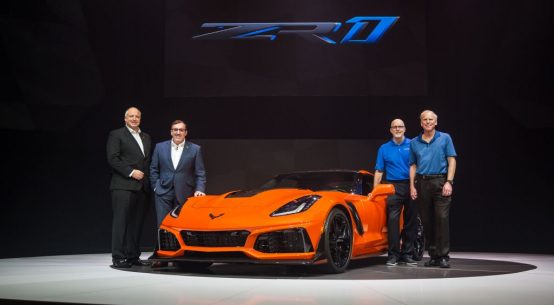 2019 Corvette ZR1 – Return of the King on Everyman Driver 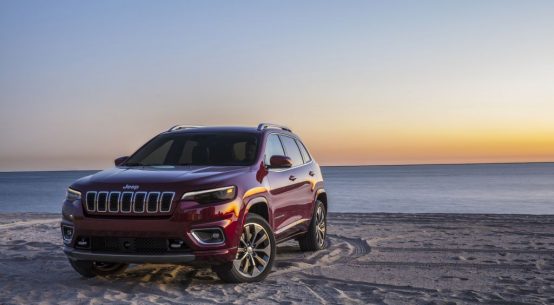 By the Numbers: 2019 Jeep Cherokee on Everyman Driver 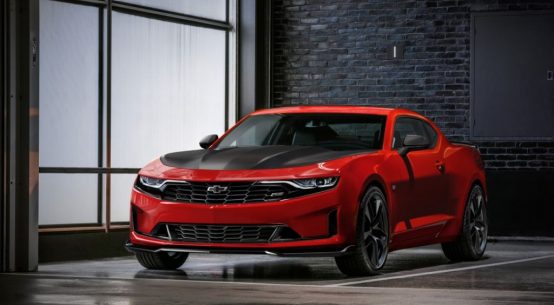